Ambassador of Malta to the Slovak Republic, HE Dr Anthony Licari, visits UKF 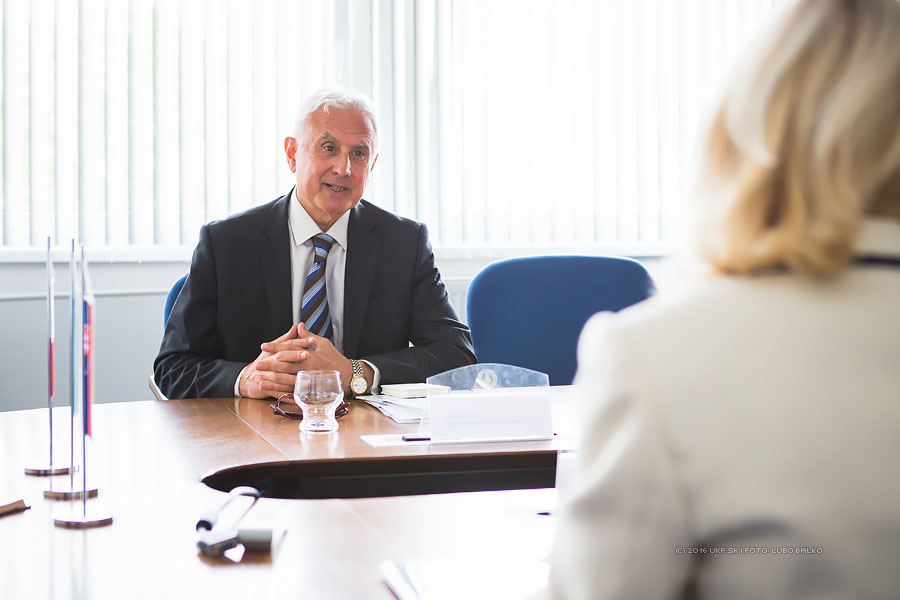 Malta’s Ambassador to the Slovak Republic, HE Dr Anthony Licari, paid a working visit to Slovakia for official talks at different levels. On 16 June 2016 he visited the Constantine the Philosopher University in Nitra (UKF) where he was welcomed on behalf of the university authorities by Gabriela Miššíková, vice-rector for international relations at UKF, who introduced UKF as a modern open type of European university whose five faculties implement multicultural principles in education and offer a rich variety of study programmes. After discussing current aims and achievements of UKF, the possible establishment of relations with Malta universities and research institutes was proposed; whilst Ambassador Licari´s professional background is in academia (he specializes in sociolinguistics, teaching foreign languages and translation). The Ambassador´s visit took place as part of his diplomatic mission related to the fact that the Netherlands, Slovakia and Malta, share the Trio Presidency of the Council of the European Union from the start of 2016 to mid-2017. As pointed out by the Ambassador, at the level of diplomacy he sees the aim of his visit to enable establishing partnerships and hence jointly work toward continual enhancement of positive perception of our countries in the EU context. Ambassador Licari appreciated the complex information on our university provided by vice rector Miššíková, as well as a set of materials and documents he received about UKF, its five faculties, and the city of Nitra. The meeting was inspiring and stimulating for both parts. Let us hope that soon efficient cooperation between Slovak and Malta universities will develop.
Concluding the visit Ambassador Licari expressed his wish to visit Nitra and UKF again, and wrote kind words of appreciation and greetings to the UKF book of distinguished visitors. 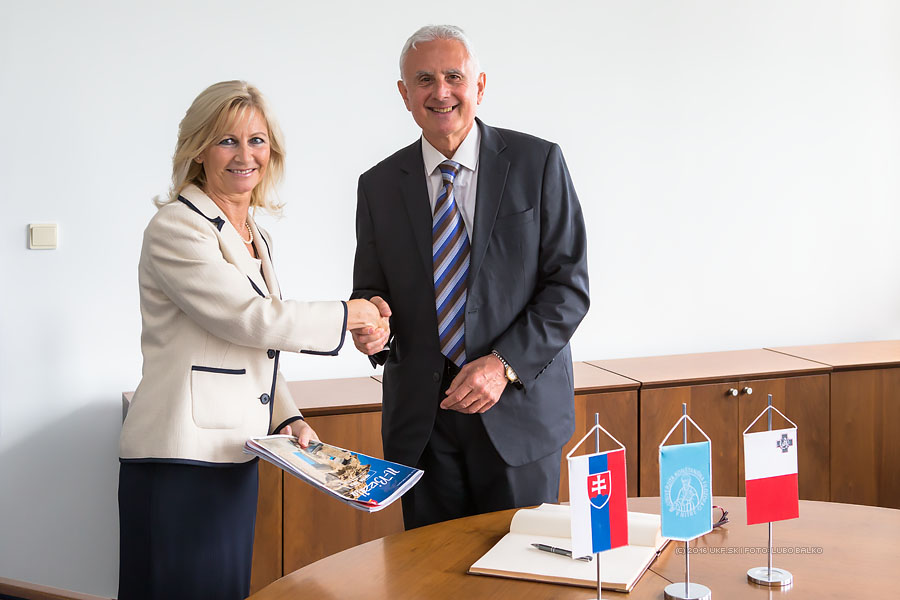 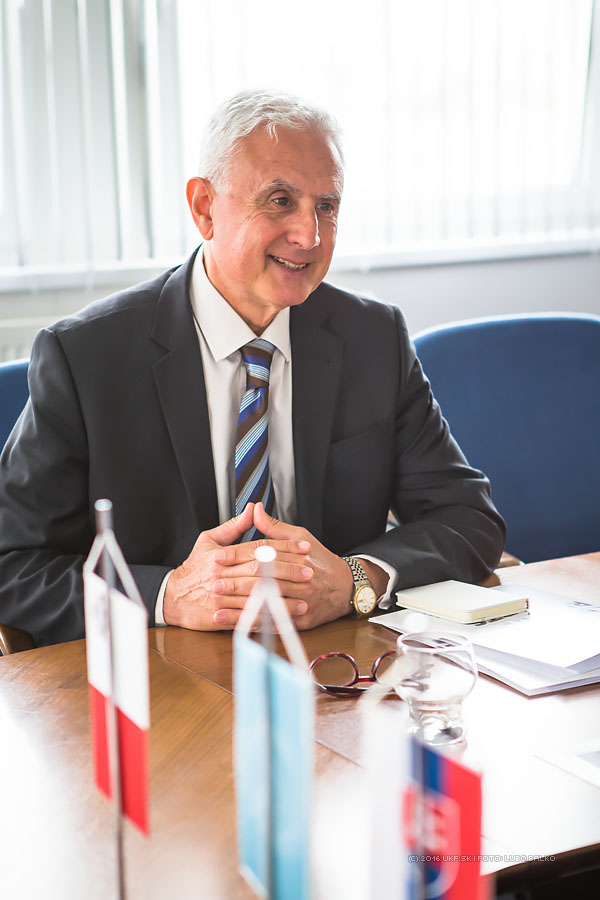