You are here: UKF.sk » Public Relations » News » Events » Nitra geographers on the roof of Africa

Nitra geographers on the roof of Africa

On July 5-16, 2016 the national quest to ascent the highest mountain of Africa – Uhuru Peak, Mt. Kilimanjaro (5,895 AMSL) was conducted by the Slovak Society of Geography, Slovak Academy of Sciences, Bratislava. The ascent was dedicated to the hundredth anniversary of the birth of Professor Michael Lukniš, a distinguished Slovak geographer and the native of a nearby village Zlatna, who worked at Comenius University in Bratislava. The event was organized by his former student, Professor Ladislav Tolmáči, currently acting as President of the Slovak Society of Geography, Slovak Academy of Sciences, Bratislava, and professor at Department of Geography at Comenius University in Bratislava. Nitra geographers, members of the Department of Geography and Regional development, Faculty of Natural Sciences, University of Constantine the Philosopher in Nitra, were also part of the team - professor Martin Boltižiar and Dr Ján Veselovský were standing on the roof of Africa, holding the logo of our university, on July 11, 2016 at 8.30 am. 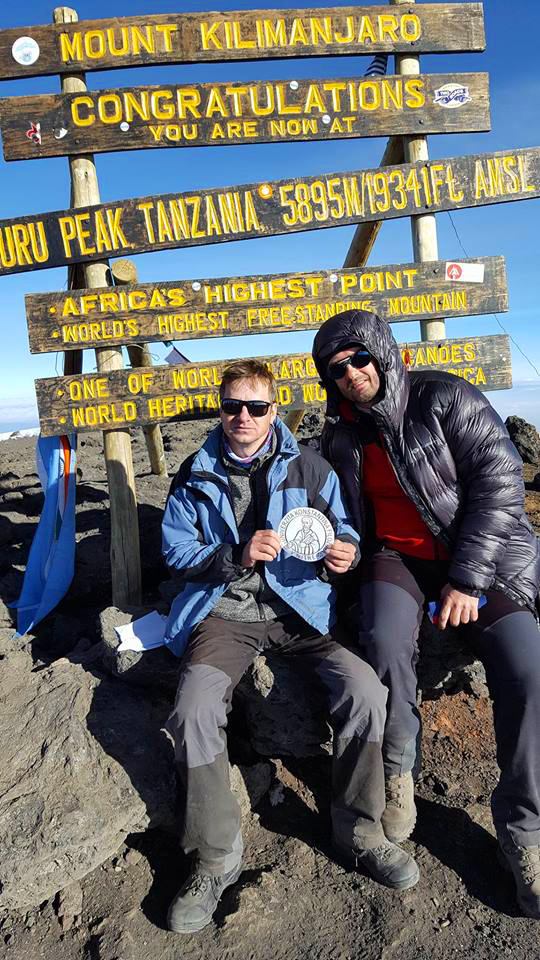