Local sections of Erasmus Student Agency in Nitra have cooperated for a long time. This year, volunteers from both the Constantine the Philosopher University and Slovak Agricultural University joined forces again in order to plan a welcoming event for the international students that will reside at our universities for the academic year 2019/2020. 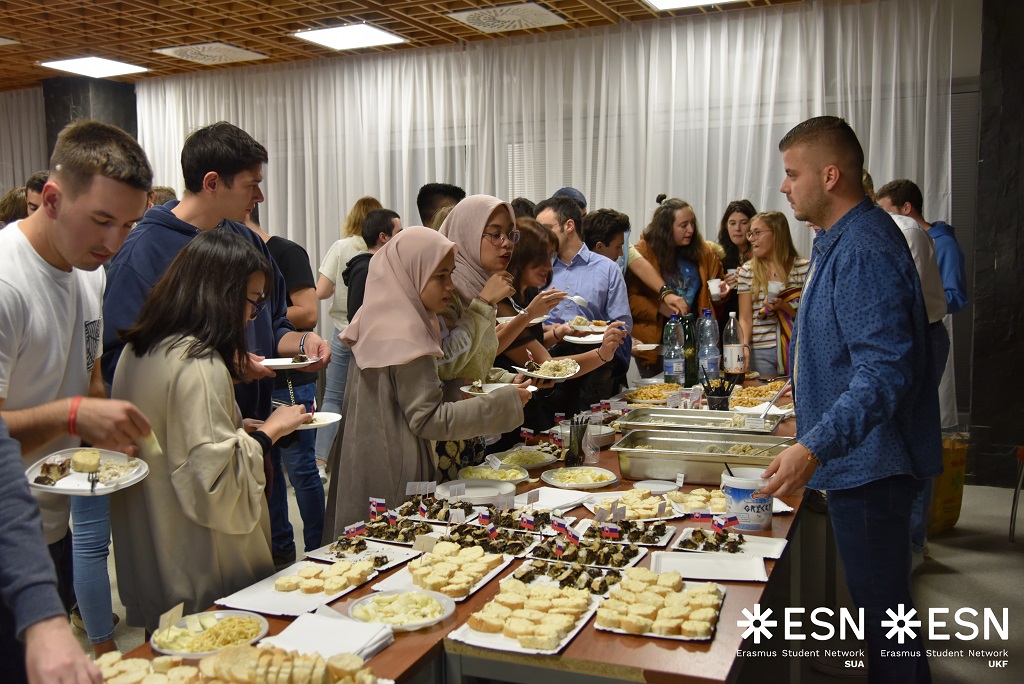 The event took place in one of the buildings of the Faculty of Arts of Constantine the Philosopher University, where both the international guests and our local volunteered were greeted by the President of the ESN UKF section, Timea Holúbková, and ESN SUA was represented by Ing. Lucia Laginová, Local Representative. It was the aim of the event to introduce Slovak nation and its culture. The meeting progressed in a friendly and welcoming atmosphere, as the guests had a chance to experience a real Slovak acceptance, our national food – bryndzové halušky – and even to taste our traditional distillated beverages. 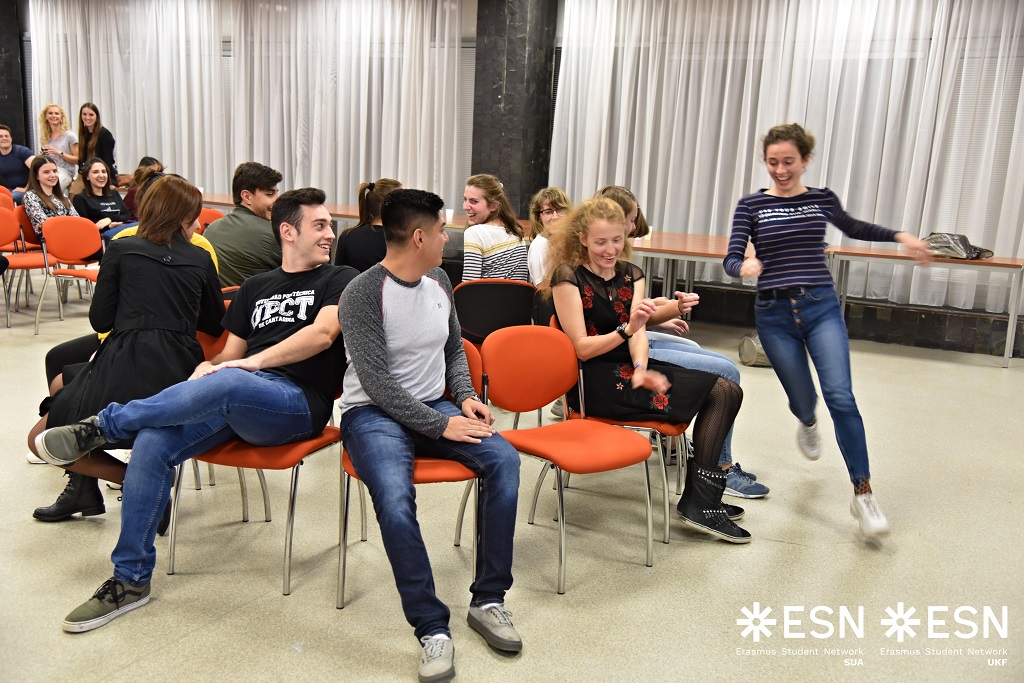 In order to enliven the event even further, a group of amateur folk artists called FS Zobor joined the volunteers in preparing the evening. They demonstrated traditional Slovak dances and songs and even taught the guests to play a folk Slovak game – the so-called hat dance.
Vice-rector for International Relations of Constantine the Philosopher University, PhDr. Martina Pavlíková, PhD., was also invited to partake in the event. In her speech, she welcomed all the students and she also introduced the premises of our university, which will become a home far from home for a half of them. This event was just the first in a planned succession of meetings for all the students who chose Nitra for their international exchange.
Text: Mgr. Patrik Lenghart – Department of Massmedia Communication and Advertising, Faculty of Arts
Foto: ESN Nitra