Chargé d´Affaires of the Hellenic Republic welcomed at UKF

On October 10, 2019 the Rector of UKF, Prof. Libor Vozár, welcomed the Charge d'Affaires, the Deputy Head of Mission at the Embassy of the Hellenic Republic to the Slovak Republic, Mr Nikolaos L. Fouyas. During their working meeting, they discussed international cooperation between Greece and UKF in Nitra, including the activities of UKF's Prof. Ján Zozuľák.
Referring to the bilateral agreement supporting academic cooperation in the fields of physics and philosophy which was previously signed between Aristotle University of Thessaloniki and UKF, they expressed their desire to renew an agreement on international cooperation.
They also agreed to deepen the international cooperation between UKF in Nitra and academic institutions in Greece. 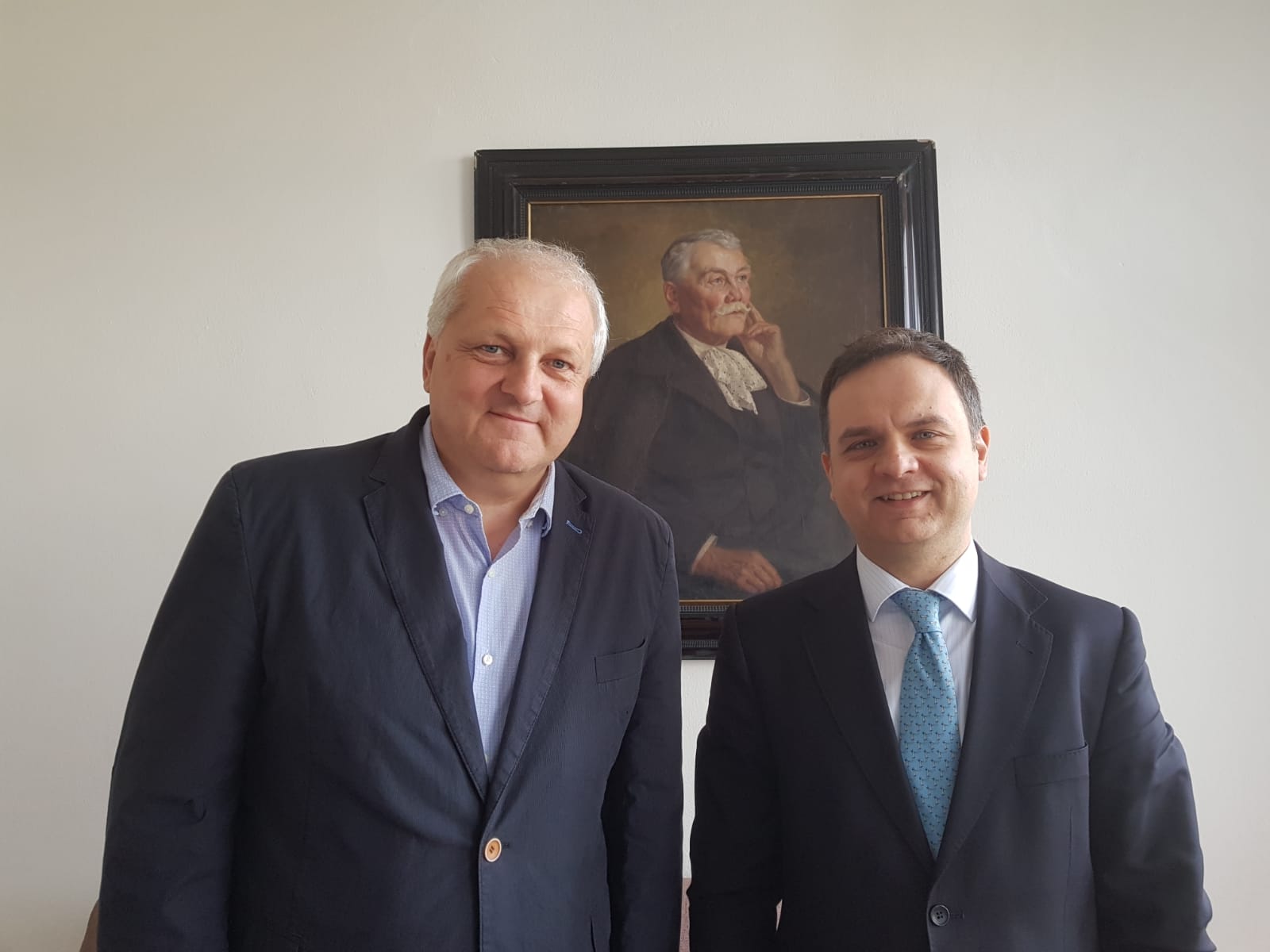