You are here: UKF.sk » Public Relations » News » Events » UKF was represented at the World Prize of Humanism

UKF was represented at the World Prize of Humanism

On January 18, 2022, the Award Ceremony of the World Prize of Humanism for 2022 took place, which was awarded to Professor Dalimír Hajko from Slovakia. Prof. PhDr. Dalimír Hajko, DrSc. worked as a teacher at Constantine the Philosopher University in Nitra (CPU) in the years 1999 – 2015. 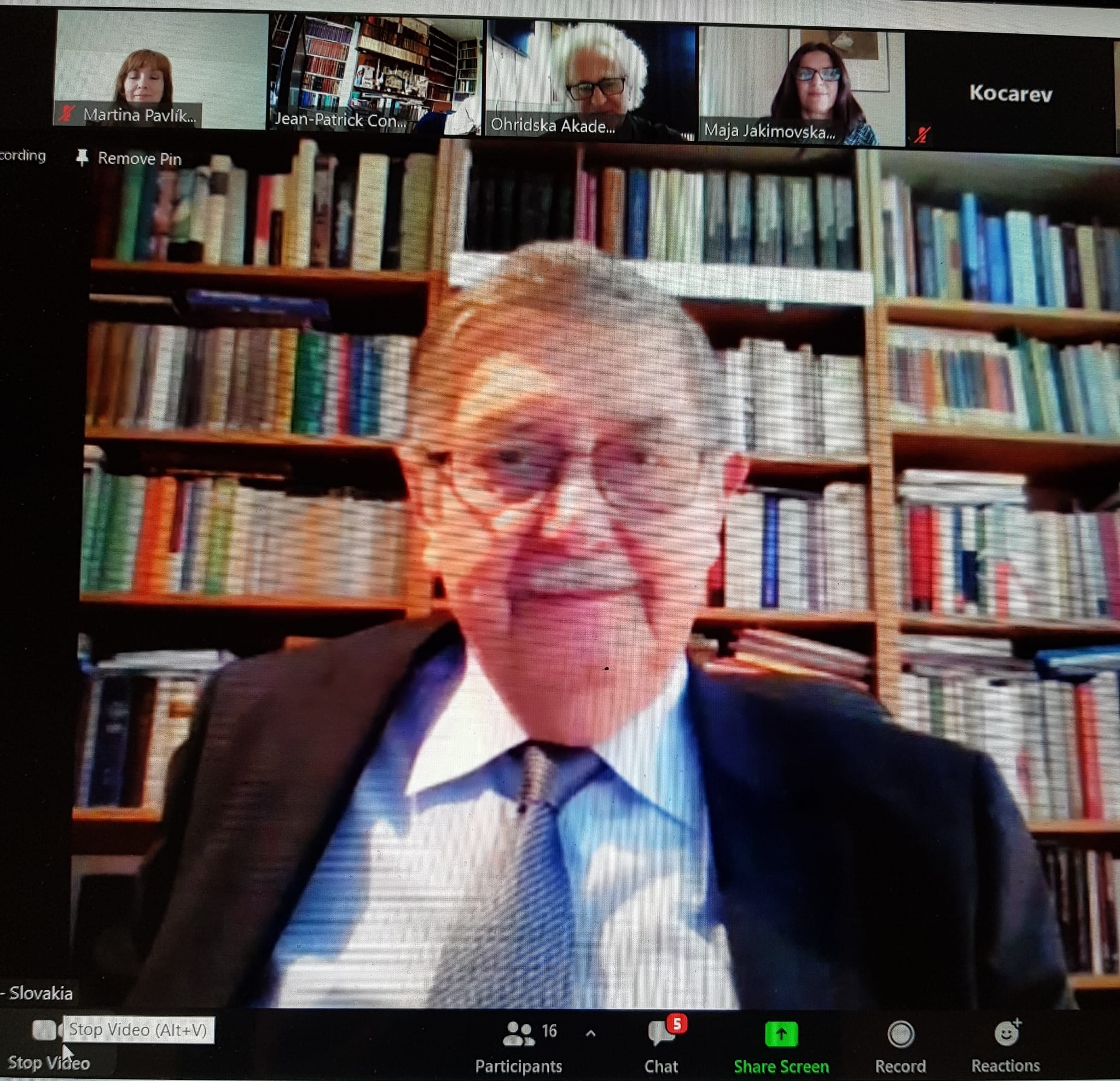 Awarded prof. PhDr. Dalimír Hajko, DrSc.
Besides the Ambassador of the Slovak Republic to Northern Macedonia, Š. Markuš, Slovakia was represented at the award ceremony, which was held online, by PhDr. Martina Pavlíková, PhD., Vice-Rector for International Relations of UKF, who emphasized in her speech the scientific and pedagogical contribution of prof. Hajko. The whole celebration was organized by prof. Jordan Plevnes, President of the University of Audiovisual Arts, ESRA Paris-Skopje-New York.
On the occasion of receiving the award, Professor Hajko gave a ceremonial speech entitled Paradoxes of Humanism. The ceremony was attended by representatives of the United Kingdom, the United States, Japan, the Russian Federation, Northern Macedonia, France and other countries, who addressed the award-winning professor. Many of them praised his study The Ethical Context of Social Philosophy in Contemporary India. 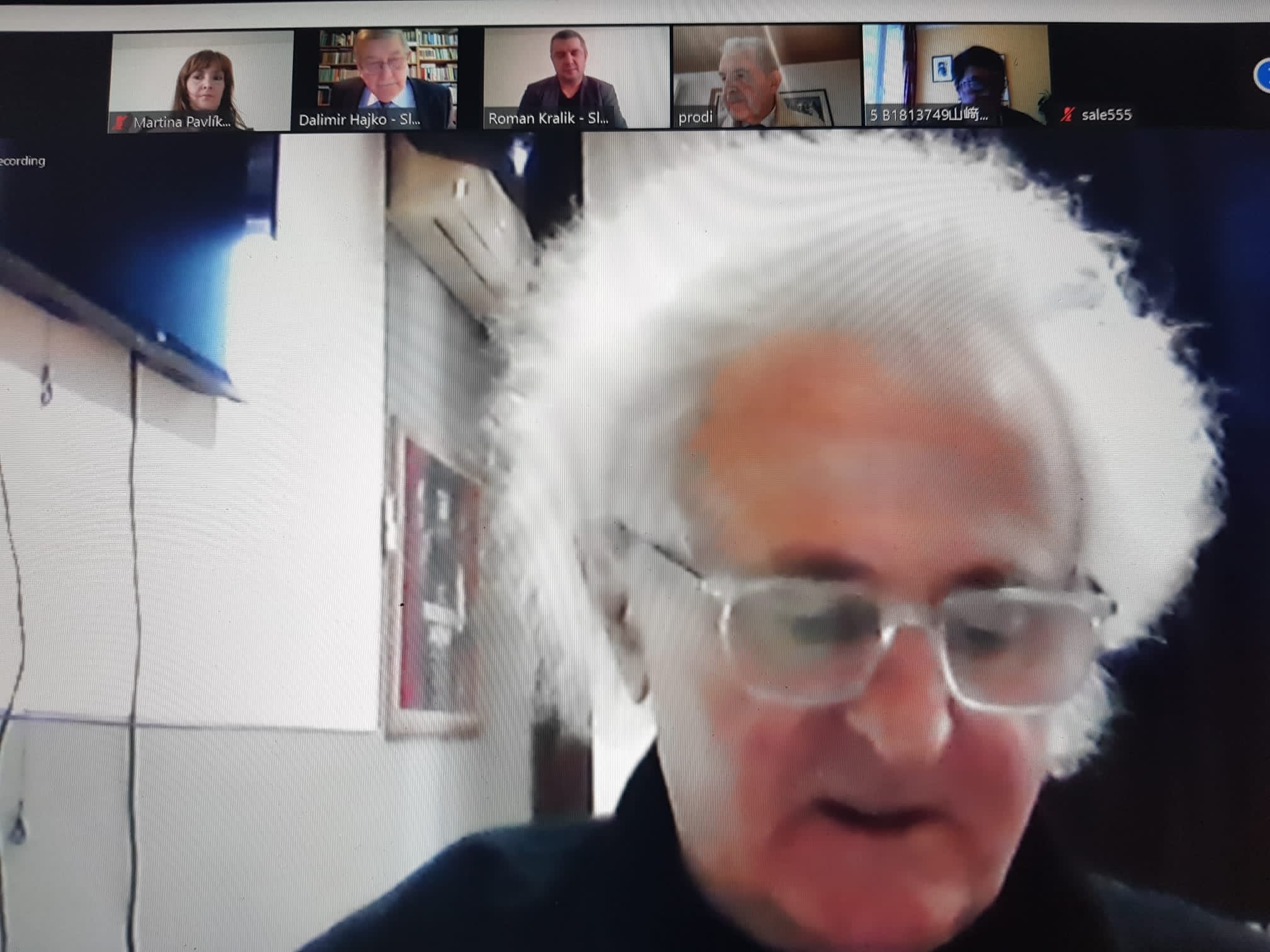 Prof. Jordan Plevnes, President of the University of Audiovisual Arts, ESRA Paris-Skopje-New York
Professor Maja Jakimovska Tosič from the University of Skopje, who is a pioneer in the cooperation between our university and Northern Macedonia, also took part in the ceremony, and this fact was emphasized by Rector Plevnes and Vice-Rector for International Relations of CPU. Prof. ThDr. PaedDr. Roman Kralik, ThD. (RUDN Moscow), long-term colleague and director of the Central European Research Institute of Søren Kierkegaard, also positively evaluated Professor Hajko's significant scientific contribution. The most prominent personality in this ceremony was the Former President of the European Commission and former Prime Minister of Italy Romano Prodi. 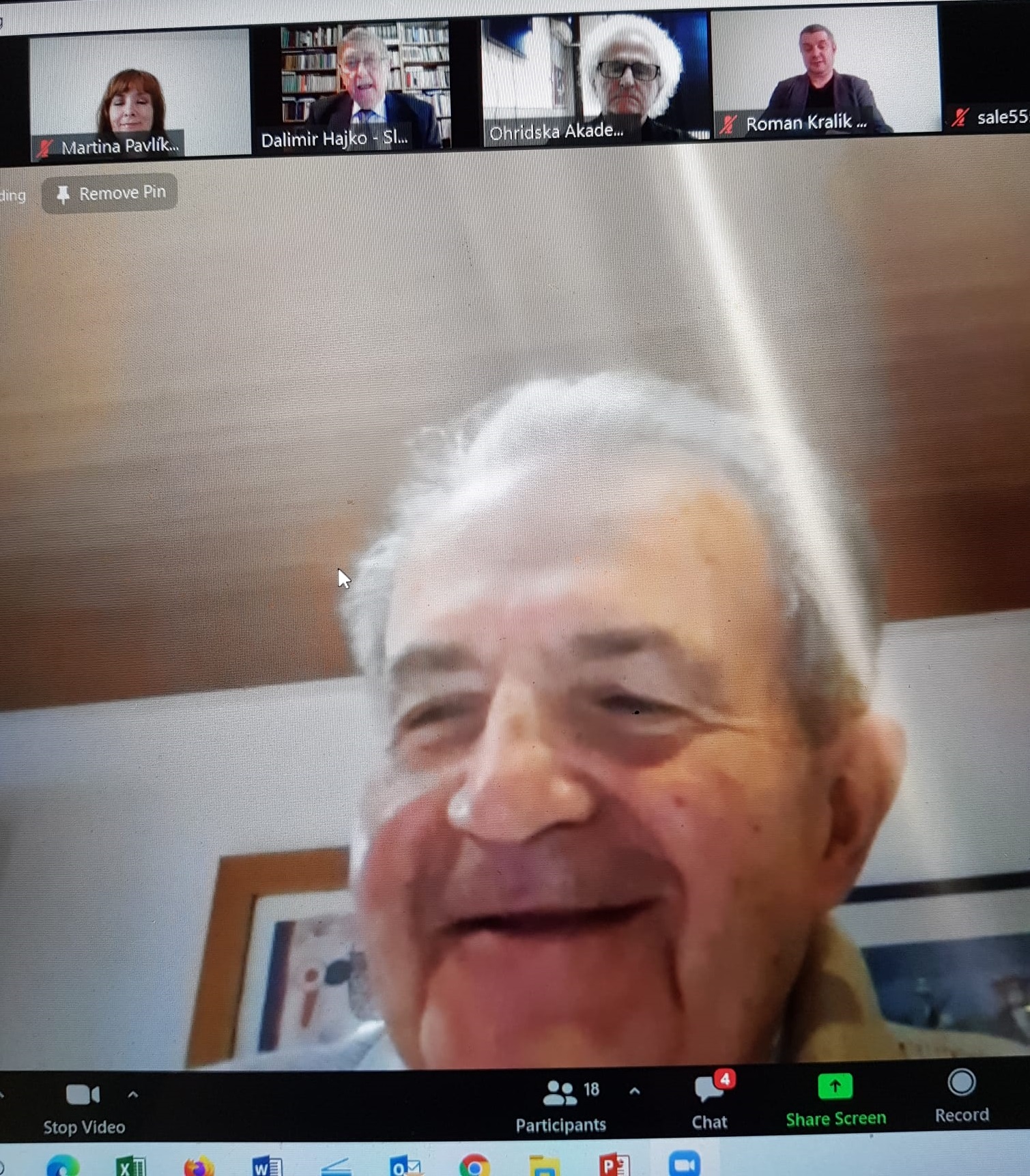 Mr Romano Prodi, Former President of the European Commission and former Prime Minister of Italy
The whole meeting took place in a very lively and friendly atmosphere. In the end, all participants were invited to Ohrid by the Mayor of the city, Mr. Kiril Pecakov.
Text: PhDr. Martina Pavlíková, PhD. – Vice-Rector for International Relations
Photo: courtesy of Dr. Martina Pavlíková