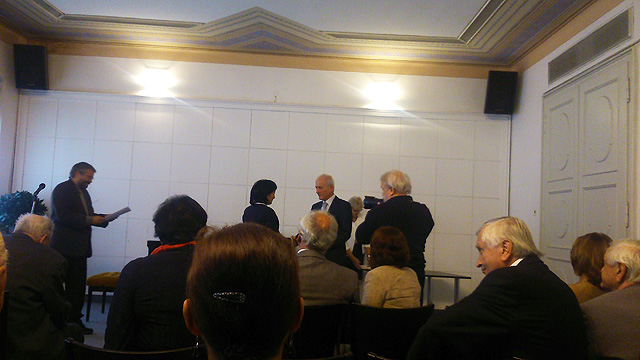 The Section of Literary Fund for the scientific and professional literature and computer programs awarded this year the prize for the highest three-year scientific acclaim in the category of natural and medical sciences to prof. RNDr. Klaudia Jomová, PhD. The award reflects citations recorded in the database Web of Science (Thomson Reuters) for the years 2012, 2013 and 2014 for the works of the author. Prof. Jomová recorded for the three-year period 780 SCI citations of her works. The most cited author's work comes from 2011 (Toxicology, Vol. 283, Issue 2-3, pp. 65-87) and in the assessed period was cited 366 times.
Prof. Mgr. Klaudia Jomová, PhD. is Head of the Department of Chemistry at the Faculty of Natural Sciences at UKF in Nitra, her research focuses on heavy metals and their impact on changes in the expression and activity of proteins, evaluation of free radicals and paramagnetic metal in the active site of the protein and monitoring the antioxidant and pro-oxidant properties of carotenoids and vitamins.